Are You A Man On A Mission For A More Debonair Look?

Have you just graduated from college? If so, maybe you have decided to get rid of that super casual look you have been enjoying. Or, maybe your career has been one where you can be super lax about the way you look. Are you changing jobs and realizing that you'll need to spruce up your appearance? No matter the scenario, if you are a man on a mission for a more debonair look, maybe you need a bit of help. From checking out men's fashion magazines to arranging for barber services, here are some ideas that might help you.

Check Out Men's Fashion Magazines - Check out magazines that focus on men's looks at bookstores, your grocery store, or a drug store.

As you look through the pages of the magazines, check out which looks you think would be best for you. For example, for a casual look, you might consider buying polo shirts and wearing them instead of the torn T-shirts you've been wearing. Chino pants that don't need to be ironed are another good idea to have as part of your wardrobe. You can dress them up a bit with a button-up shirt and a necktie, and then you can wear them for casual events by pairing them with one of your new polo shirts.

Of course, what's in your wallet will play a big part in what you purchase. Just remember that a suit in a magazine that costs hundreds of dollars can also be purchased at a less expensive store for a lot less money. After all, doesn't one dark gray suit that costs a lot of money look pretty much the same as a less expensive one?

Arrange For Barber Services - It might be time to rid yourself of the long, shaggy beard you've been wearing, but that doesn't mean that you have to get rid of the beard, does it? A barber can give your beard a trim that will more than likely be acceptable in almost any workplace. Maybe you're ready to totally rid yourself of the beard you've been wearing for a long time. Before you do that, be sure you won't regret it.

If you decide to go through with your plans, be ready for a totally great experience getting a new look. The barber will have just the right tools and the right products to give you a shave like you've never had before. You'll probably even be given the choice of what kind of after-shave lotion you want to wear out of the barber shop. 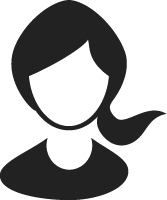 When I started wearing more makeup, I realized that there were some things that were going to be a little different. For starters, I needed to get used to taking off my makeup. The other thing that I was faced with was some skincare troubles, since my face simply wasn't used to having makeup on it. I began chatting with my doctor about positive changes I could make for my face, and it was immediately clear that I needed to start washing with some special soaps and using lotions that were designed not to clog pores. If you have skin troubles, read this article to learn more.

4 Anti-Aging, Skin-Tightening Devices You Can Use At Home To Maintain More Youthful Skin - 15 July 2022